What is Cyprus famous for?

Cyprus is known as a stopover for cruise ships, Aphrodite's Rock; legend has it that the Greek goddess of love and beauty was born there.
The solid rock necropolis of the Tombs of the Kings and the Roman ruins with mosaics at the Paphos Archaeological Park.
Cyprus is famous for the Limassol carnival, Wreck diving (Zenobia wreck), Haloumi cheese and Commandaria, the sweet dessert wine from Cyprus. 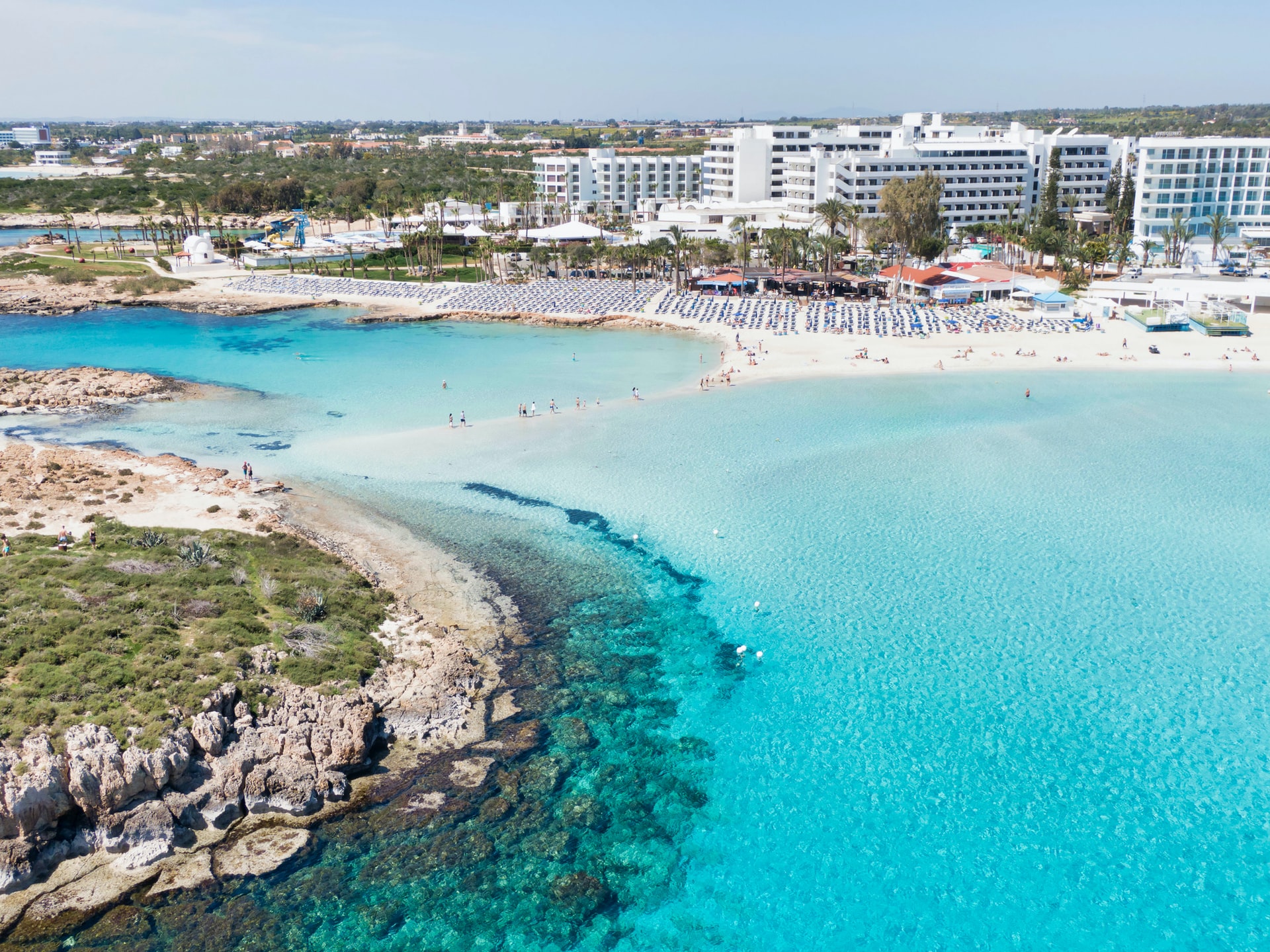