Ethnicity/race: Bosniak 48%, Serb 34%, Croat 15%, other 0.5% (2000)
note: Bosniak has replaced Muslim as an ethnic term in part to avoid confusion with the religious term Muslim - an adherent of Islam.

Bosnia and Herzegovina's declaration of sovereignty in October 1991, was followed by a declaration of independence from the former Yugoslavia on 3 March 1992 after a referendum boycotted by ethnic Serbs. The Bosnian Serbs - supported by neighboring Serbia and Montenegro - responded with armed resistance aimed at partitioning the republic along ethnic lines and joining Serb-held areas to form a "greater Serbia." In March 1994, Bosniaks and Croats reduced the number of warring factions from three to two by signing an agreement creating a joint Bosniak/Croat Federation of Bosnia and Herzegovina.

On 21 November 1995, in Dayton, Ohio, the warring parties signed a peace agreement that brought to a halt the three years of interethnic civil strife (the final agreement was signed in Paris on 14 December 1995). The Dayton Agreement retained Bosnia and Herzegovina's international boundaries and created a joint multi-ethnic and democratic government. This national government was charged with conducting foreign, economic, and fiscal policy. Also recognized was a second tier of government comprised of two entities roughly equal in size: the Bosniak/Croat Federation of Bosnia and Herzegovina and the Bosnian Serb-led Republika Srpska (RS). The Federation and RS governments were charged with overseeing internal functions. In 1995-96, a NATO-led international peacekeeping force (IFOR) of 60,000 troops served in Bosnia to implement and monitor the military aspects of the agreement. IFOR was succeeded by a smaller, NATO-led Stabilization Force (SFOR) whose mission is to deter renewed hostilities. SFOR remains in place although troop levels were reduced to approximately 12,000 by the close of 2002.
(Source: CIA - The World Factbook) 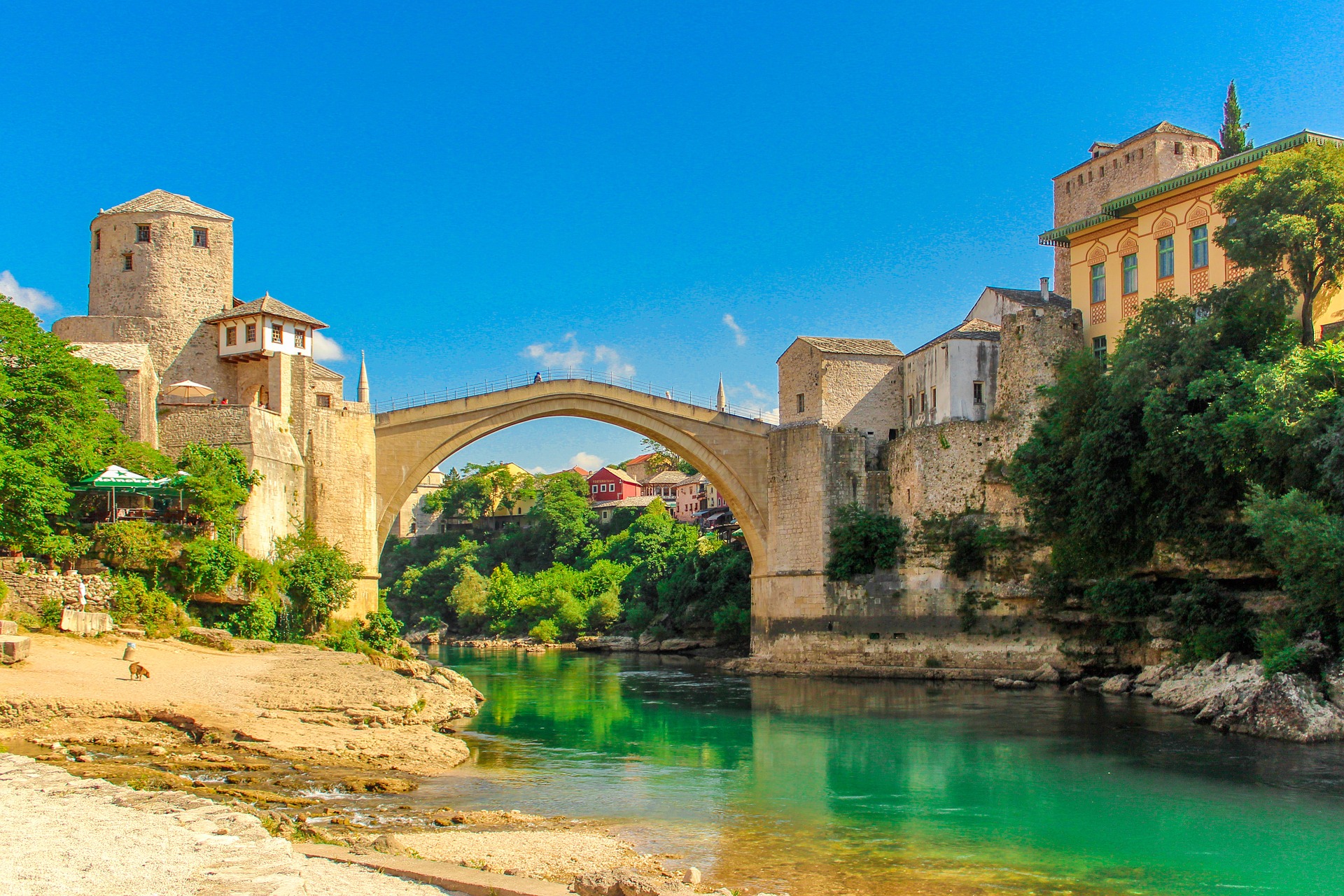