Ranking The World's Most Admired Art Museums and Galleries.

To help you on your next trip, we have compiled the 10 most beautiful museums in the world, which you will definitely add to your travel list. 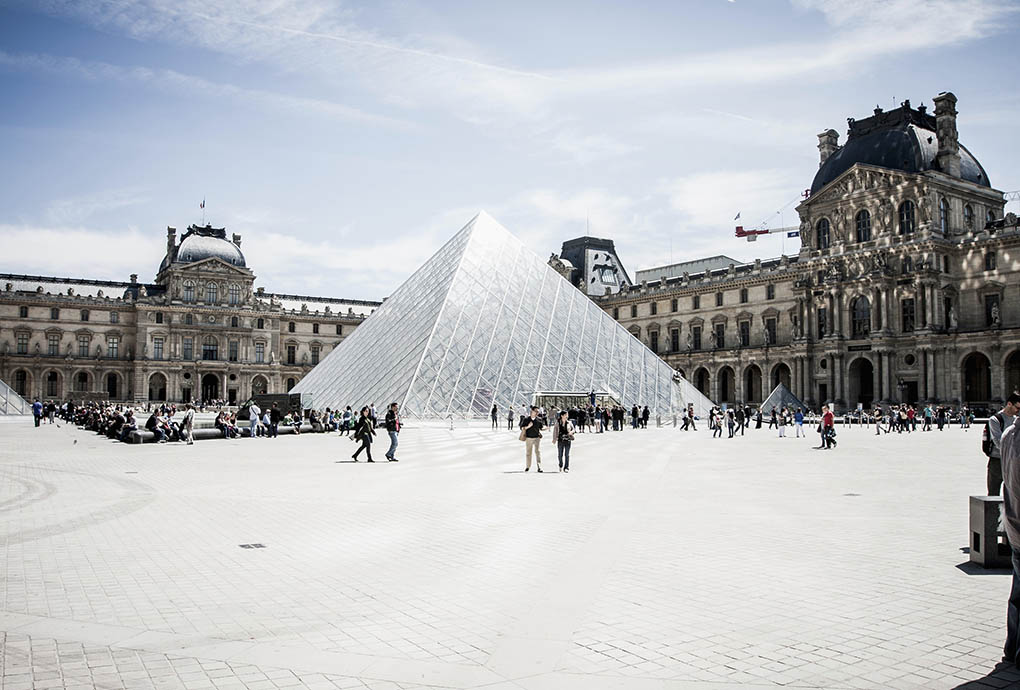 The Louvre will likely be on top of any list of best museums in the world. People from all over the world come together in this huge institution to enjoy the eyes of more than 38,000 pieces, including sculptures, reliefs, graphics, diamonds and more. This beautiful museum with an area of 782,910 square feet has a lot of objects and exhibits in its halls, which you can visit many times. On its walls hang some of the most important masterpieces, including "Mona Lisa" by Leonardo da Vinci, the most famous painting in the world. 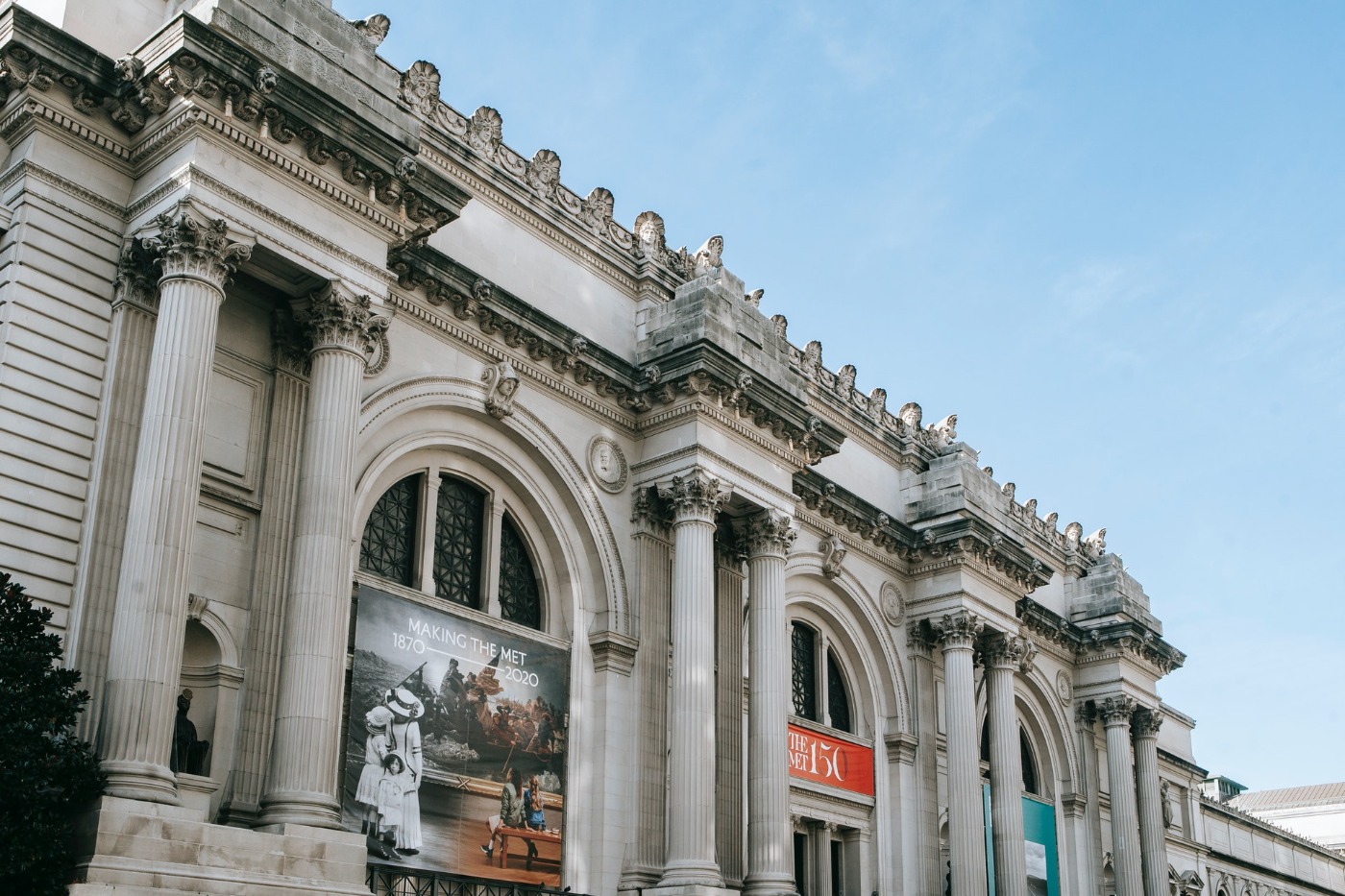 The Metropolitan Museum of Art, located on Fifth Avenue in New York City, is the largest art museum in the United States and one of the most visited art museums in the world, and receives approximately 6 million visitors annually. The Met has a large collection of items from ancient Egypt and Rome, works by many famous European artists such as American artists, Islamic and Far Eastern art, and an impressive collection of weapons and armor. The MET came on top of the TripAdvisor’s list as the most beloved museum. 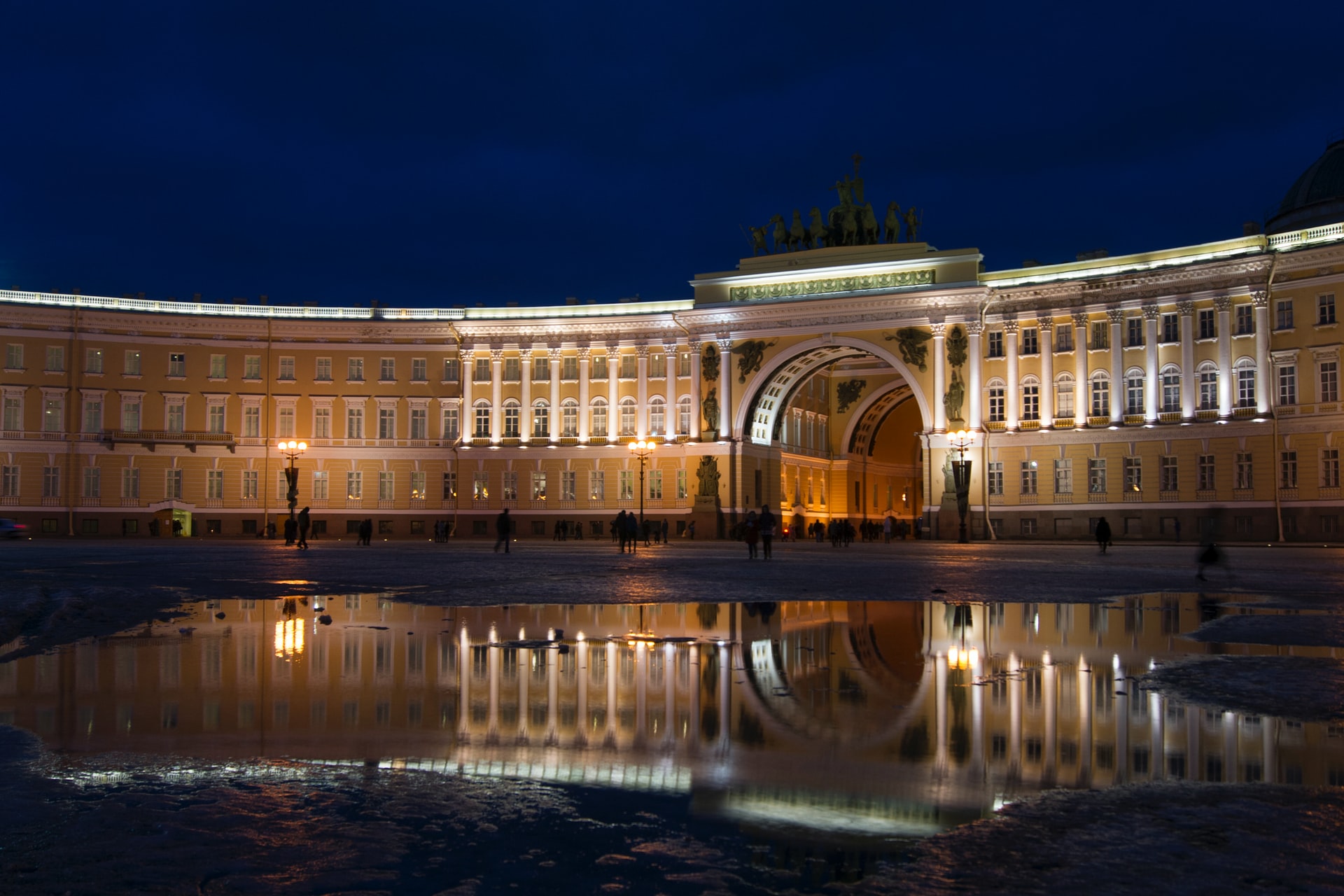 Photo by Klaus Wright on Unsplash

The best museum in Europe according to the ‘Museum of Wander’ website.

The State Hermitage Museum in St. Petersburg is the second largest art museum in the world after the Louvre. It consists of five beautifully decorated adjoining buildings that cover more than 719,480 square feet. Catherine the Great began buying art in 1764 for her collection, which can still be seen in her Winter Palace. The Winter Palace with its unique green facade is a collection of gold, malachite, marble and lots of gold. Human history has been carefully preserved with more than three million Stone Age artifacts. The famous paintings on display here include the masterpieces of Ruben, Rembrandt and da Vinci. 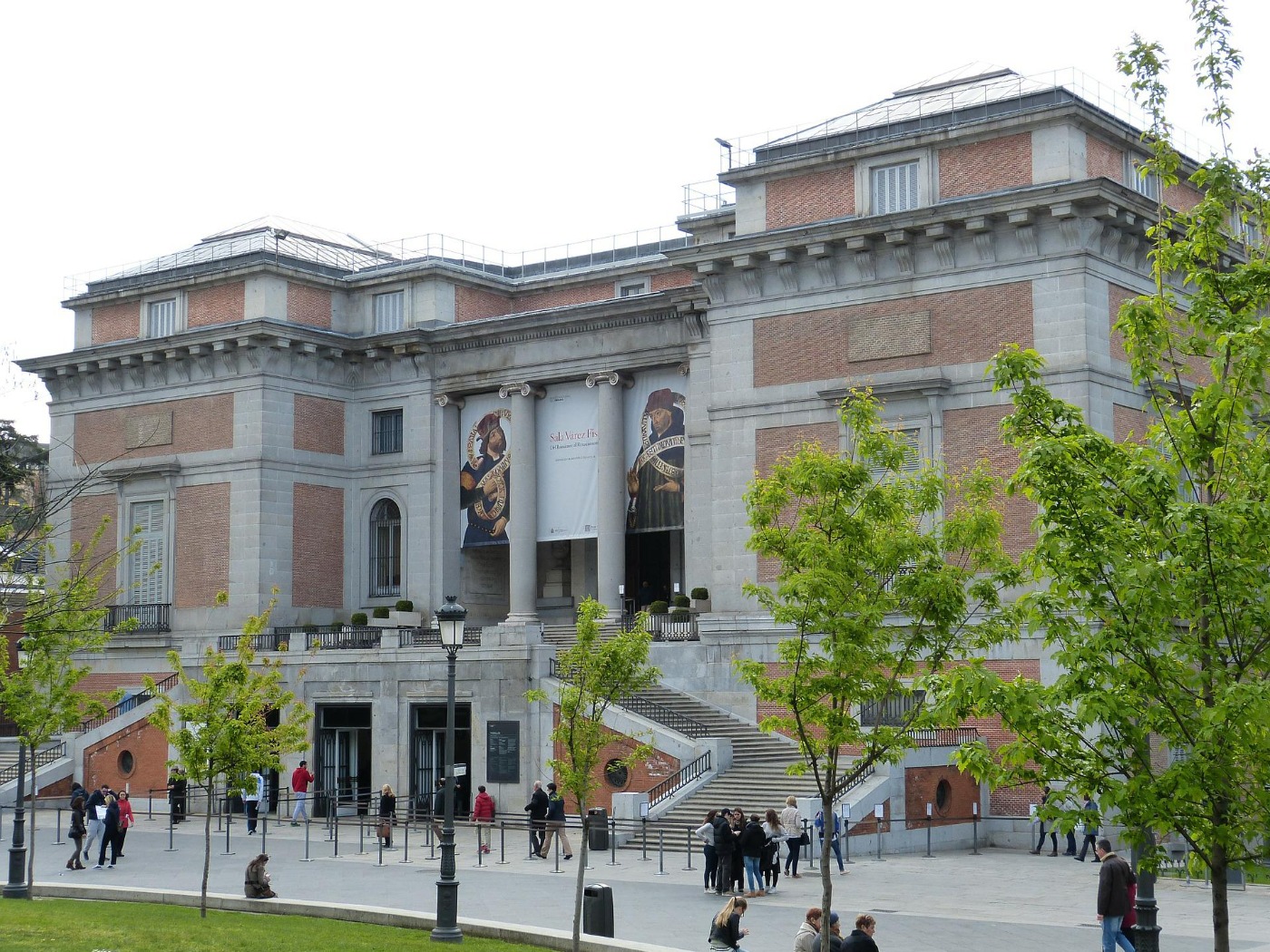 Image by falco from Pixabay

The Prado is the most famous museum in Spain. It was built almost two centuries ago in Madrid and has many works by great Spanish masters, especially Francisco de Goya, but also El Greco and Velázquez. In addition to Spanish art stars, Prado has large collections of Italian (including Titian and Raphael) and Flemish artists, in addition to the main attraction of Rubens' Three Graces. The Spanish royal family was responsible for a number of classic Prado masterpieces. For centuries, kings and queens have collected and ordered art with love and good taste. Fernando VII opened the collection to the public in 1819 in the same neoclassical building that stands today, designed by Juan de Villanueva. 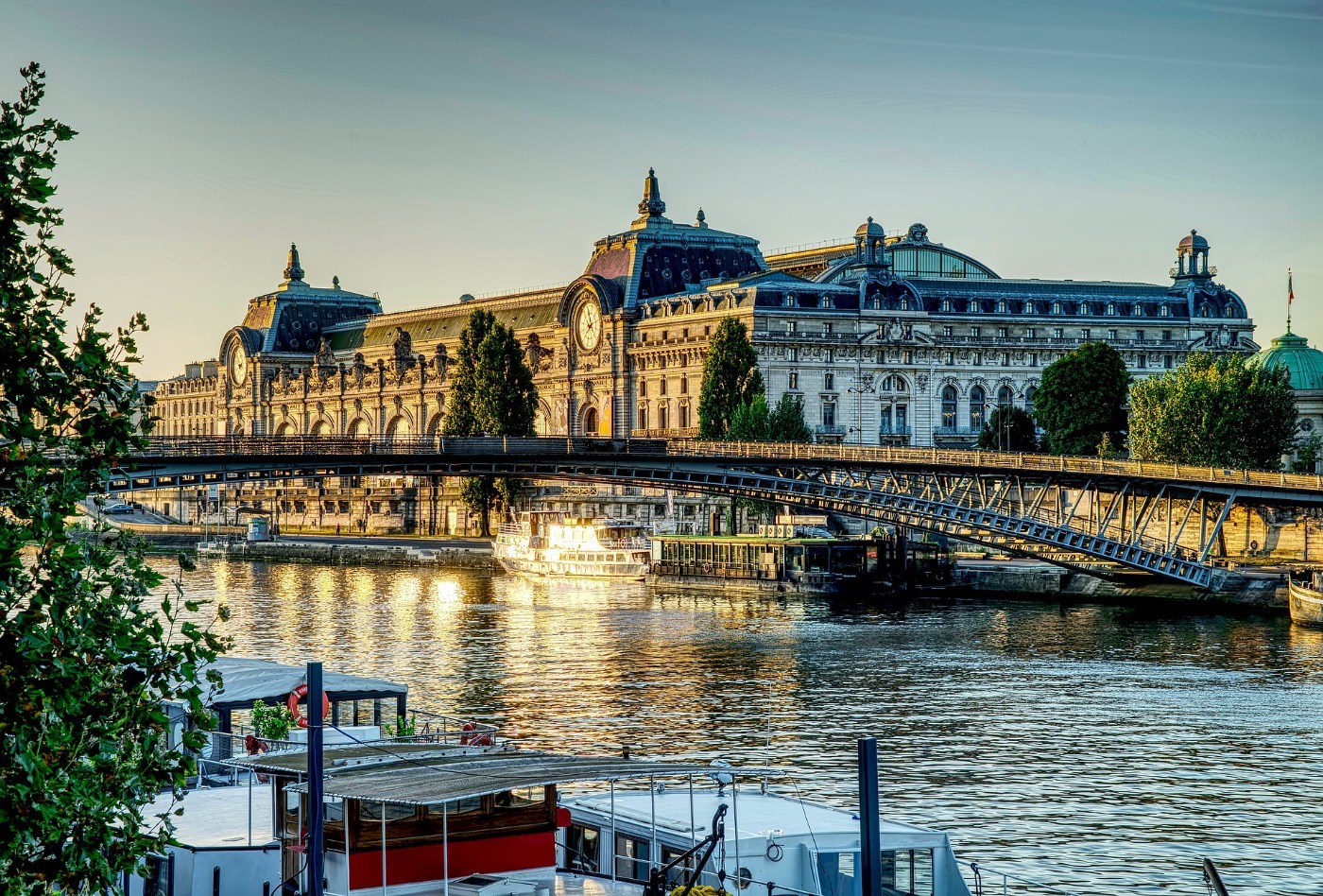 Image by Jean-Philippe Fourier from Pixabay

The Orsay Museum building was originally a train station on the banks of the Seine and is now considered one of the largest museums in Europe. It is visited by 1.5 million people a year. It has served as an art museum since 1986 and has, above all, the largest collection of Impressionist and Post-Impressionist masterpieces in the world, including works by artists such as van Gogh, Monet, Degas, Cézanne and Gauguin. 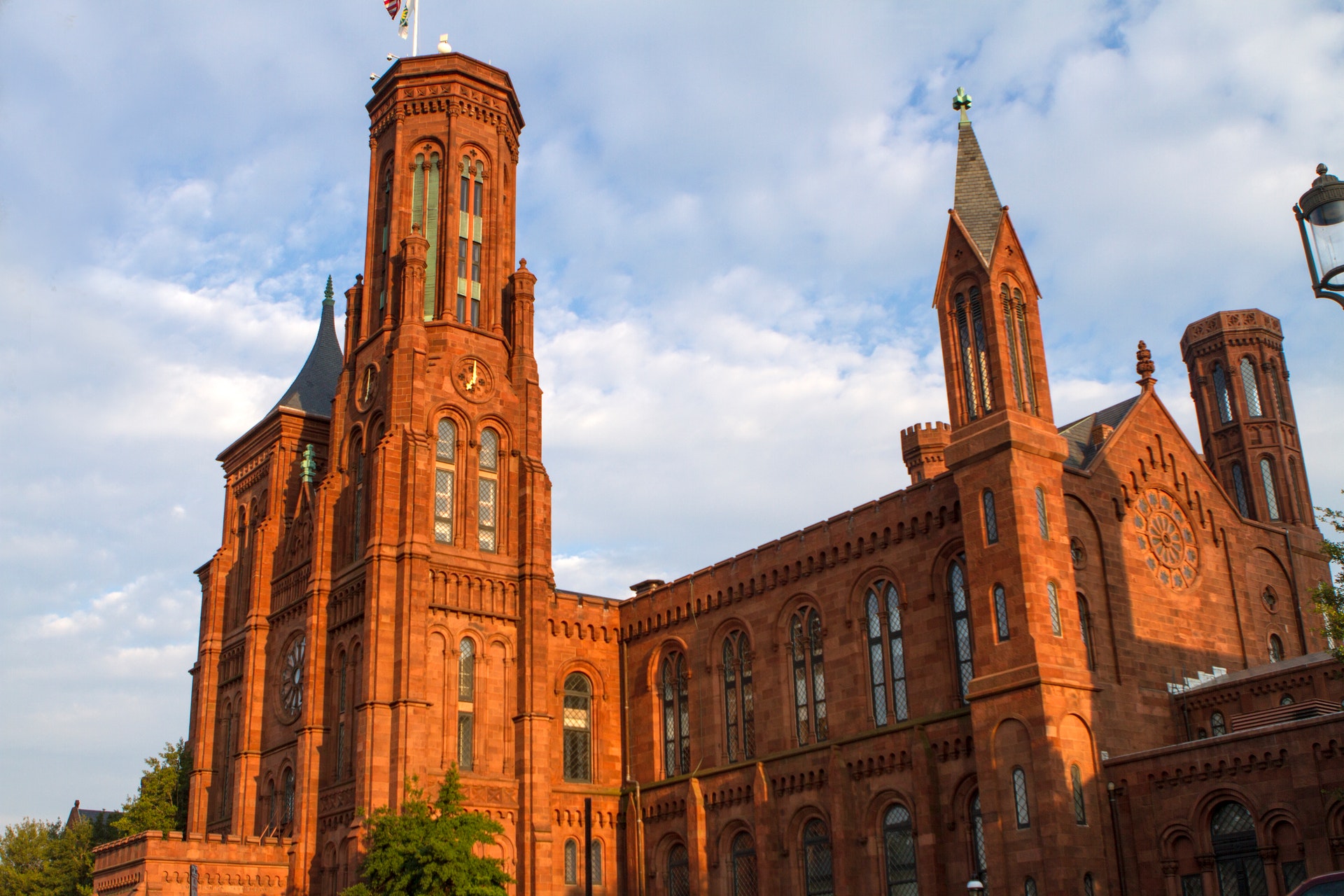 The Smithsonian Institution is a group of museums and centers for education and research, the largest complex in the world. The 19 museums, 21 libraries, nine research centers and zoos of the institution include historical and architectural monuments, mostly in Columbia District. The Air and Space Museum is a fascinating home for a unique collection of aerospace artifacts. It is one of the most visited museums in the world and the second most visited in the USA. This means that the museum is visited by 4 to 6 million visitors a year. 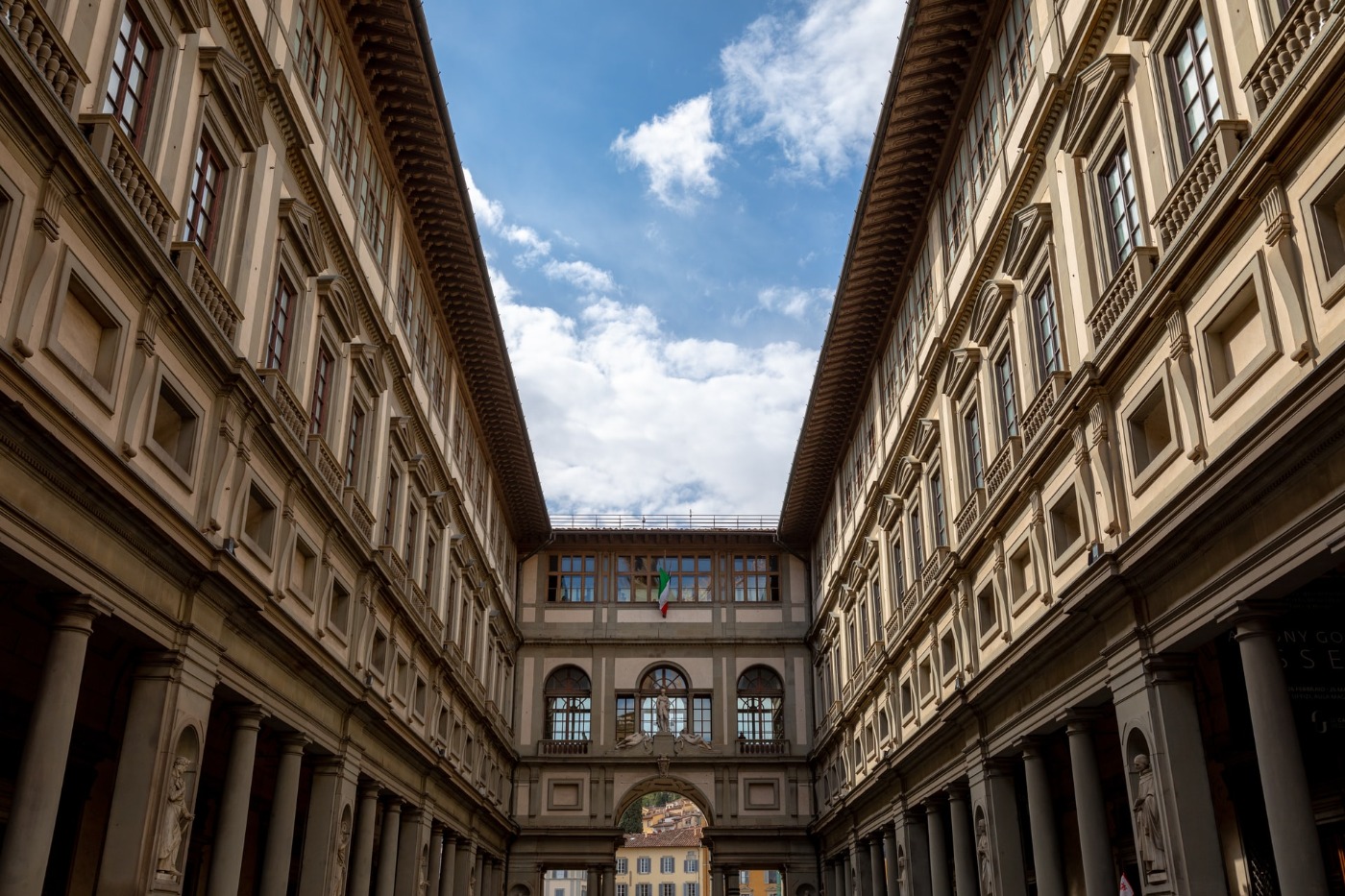 Photo by Matt Twyman on Unsplash

The Uffizi Gallery is a prominent art museum located next to Piazza della Signoria in Florence's historic center. There are so many shocking classics like Botticelli's The Birth of Venus, Caravaggio's Medusa and Judith Slaying Holofernes by Artemisia Gentileschi. Like many paintings by Rembrandt, Leonardo and Caravaggio it is a place that can be visited by those who want to be in the presence of some of the most numerous Renaissance masterpieces in the world. The Uffizi Gallery is one of the oldest and most impressive museums in the world. 'Timeout.com' selected as the best museum in the world. 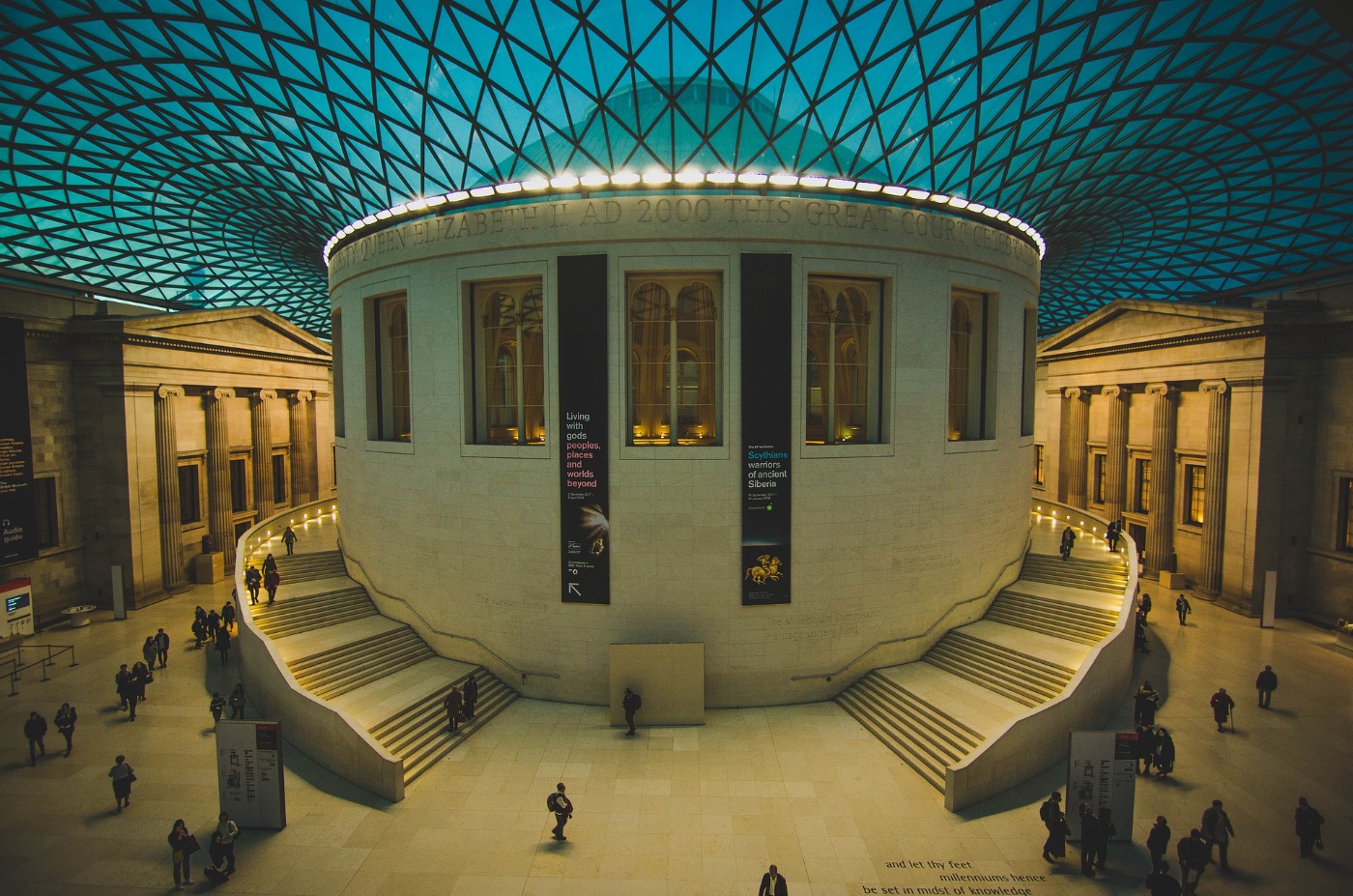 Image by Aurélien Barre from Pixabay

The British Museum was founded in 1753 largely on the collections of the Anglo-Irish physician and scientist Sir Hans Sloan. The museum is home to an extensive collection of over 8 million works! The museum is divided into 9 departments and many other rooms. It was first opened to the public in 1759 at Montagu House, on the site of the current building. The museum's expansion over the next 250 years was largely the result of British colonization. The Rosetta Stone of Egypt is one of the most famous objects in the museum. It is eventually considered the first public museum in the world. 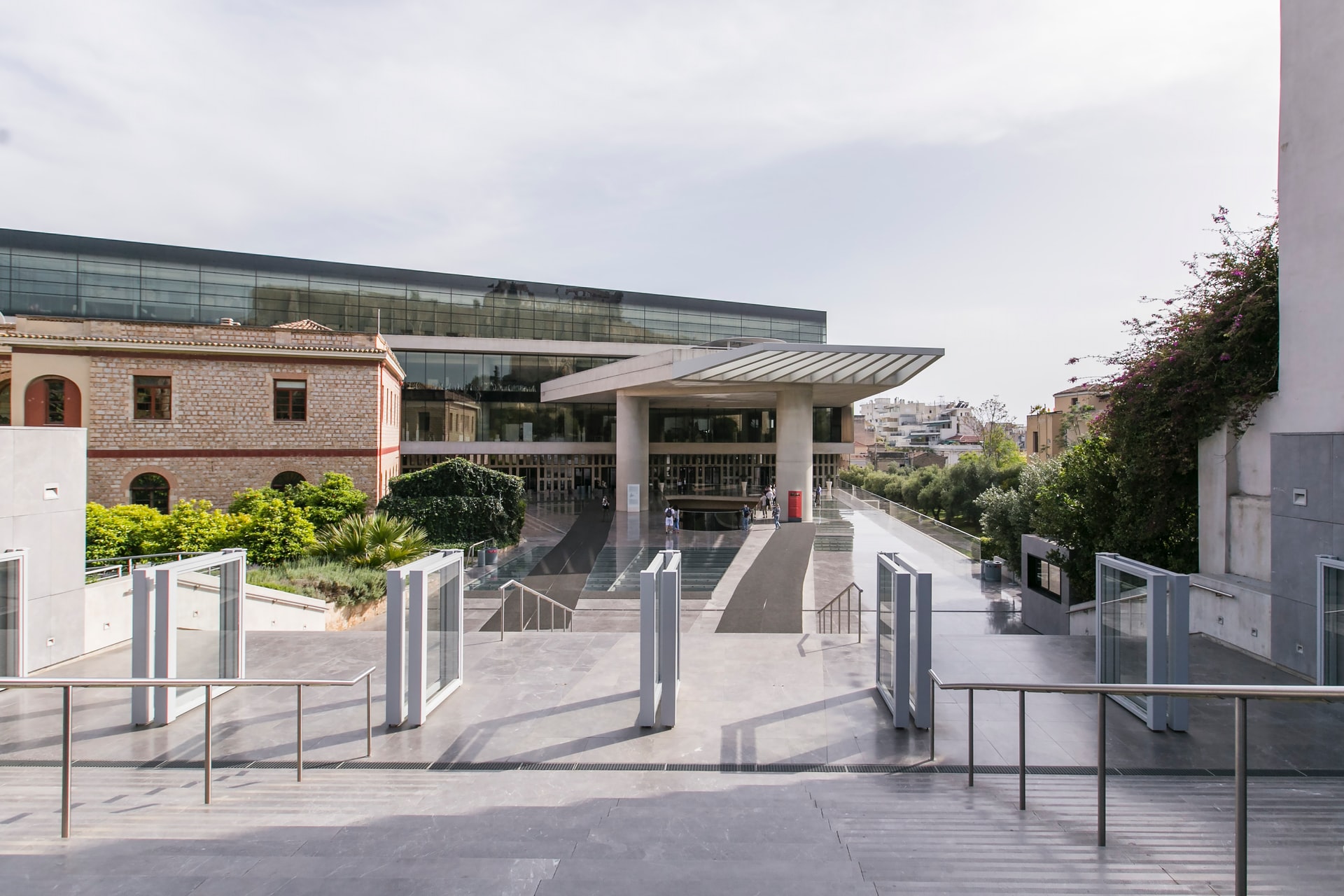 Photo by Athens at a Glance on Unsplash

The Acropolis Museum, opened in 2009, is one of the newest and most famous museums in Athens. Here you will find thousands of treasures from the Bronze Age to Byzantine times. The bright architectural design creates full light, modern space and its simplicity is the perfect environment for viewing beautiful paintings, columns, phases and other artifacts. An aerial view of many Hellenistic archeological finds, the museum itself is also an archeological site, perched right on top of the ancient Athenian quarter, with glass floors for you to see the excavations below. 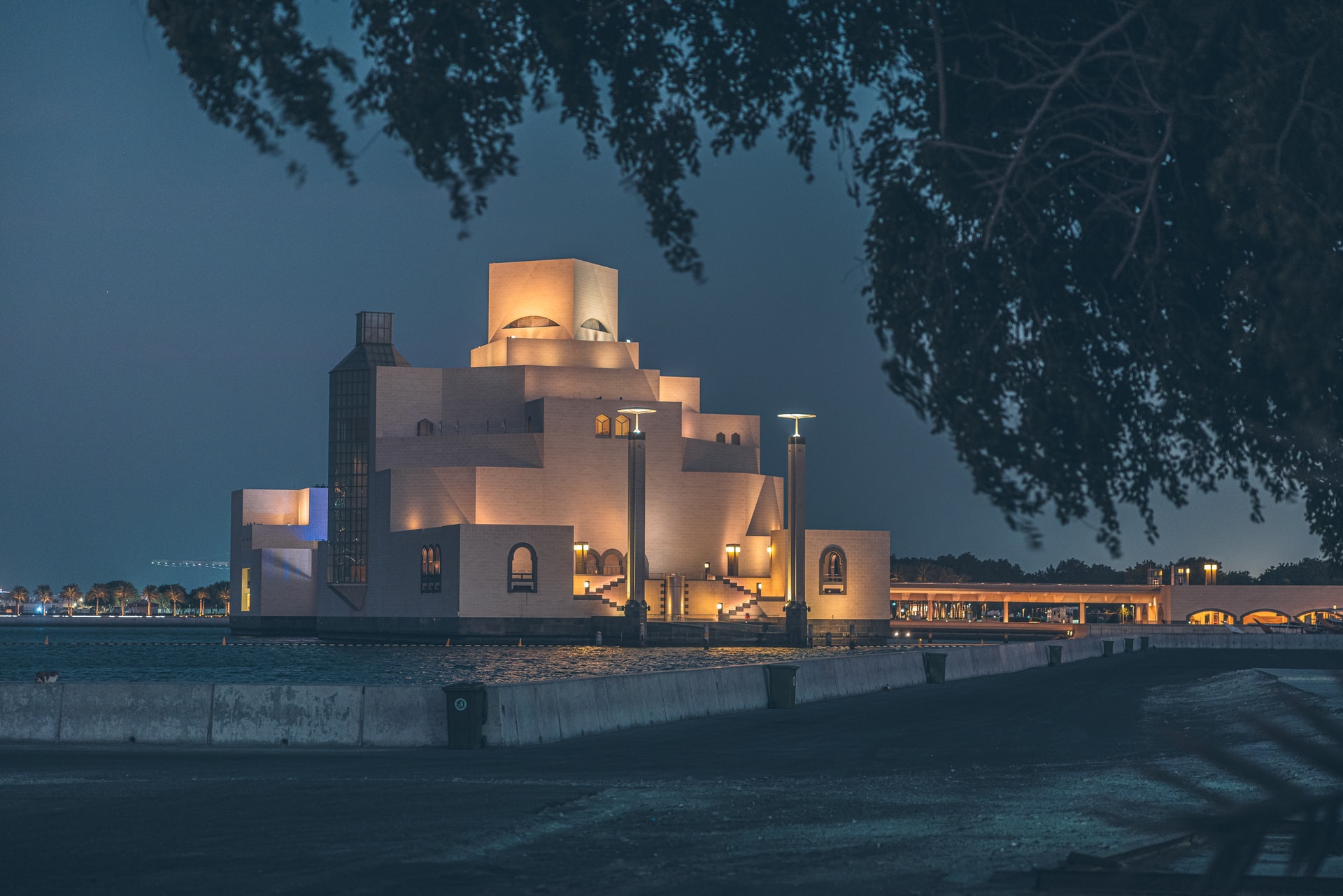 Photo by Visit Qatar on Unsplash

The Museum of Islamic Art, which opened in 2008, was designed by Pritzker Prize-winning Chinese-American architect IM Pei, with an interior designed by Jean-Michel Wilmotte. The museum building is located in MIA Park on the waterfront, near the traditional dhow harbor in Doha and stands out as an architectural gem. Inside you will find masterpieces of Islamic art, including metalworking, ceramics, jewelry, wood, textiles and glass, collected from three continents and from the 7th to the 19th centuries.